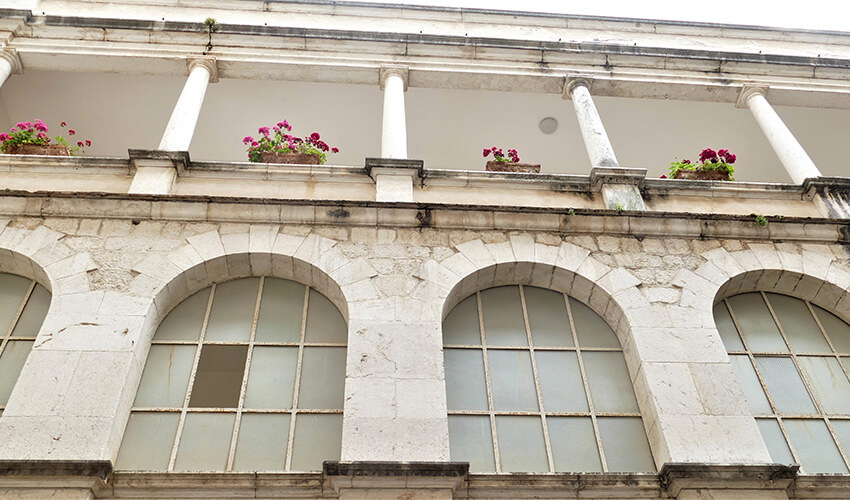 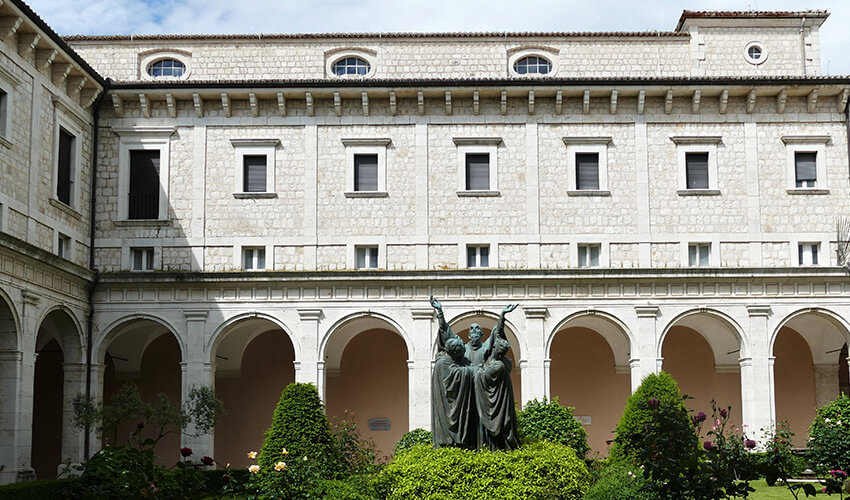 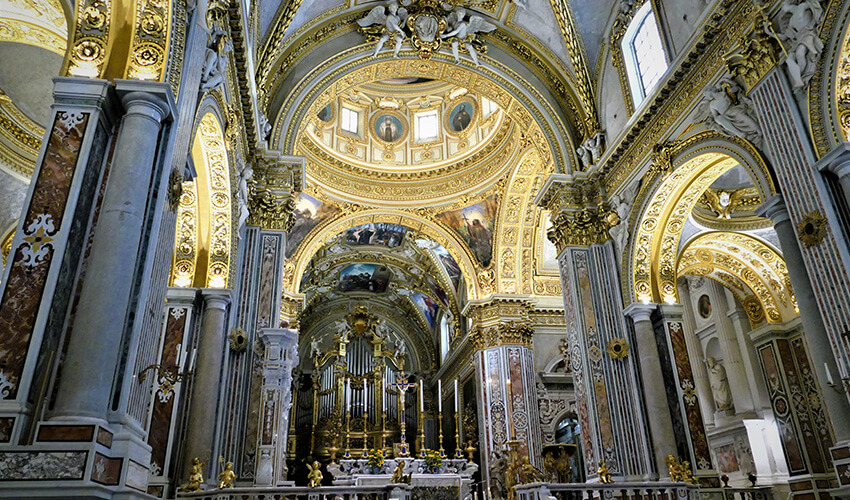 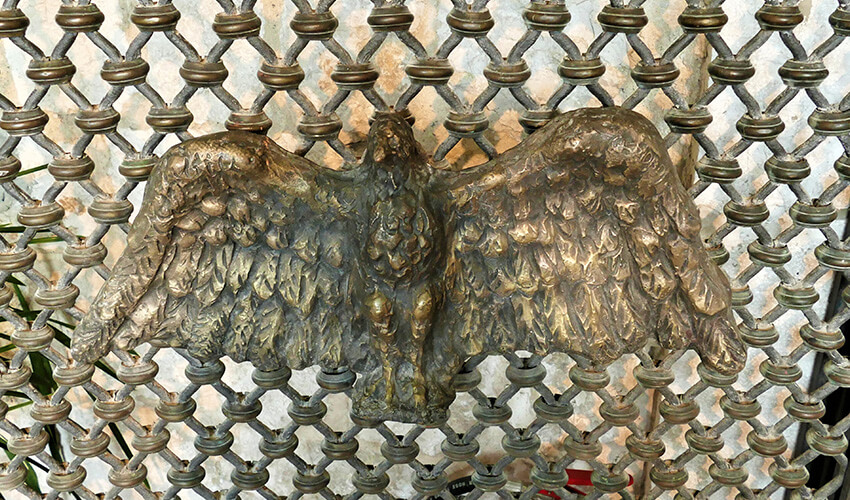 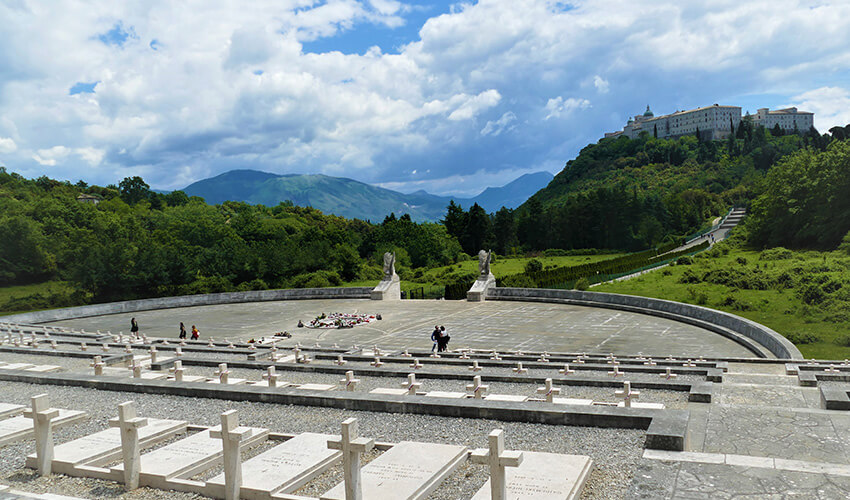 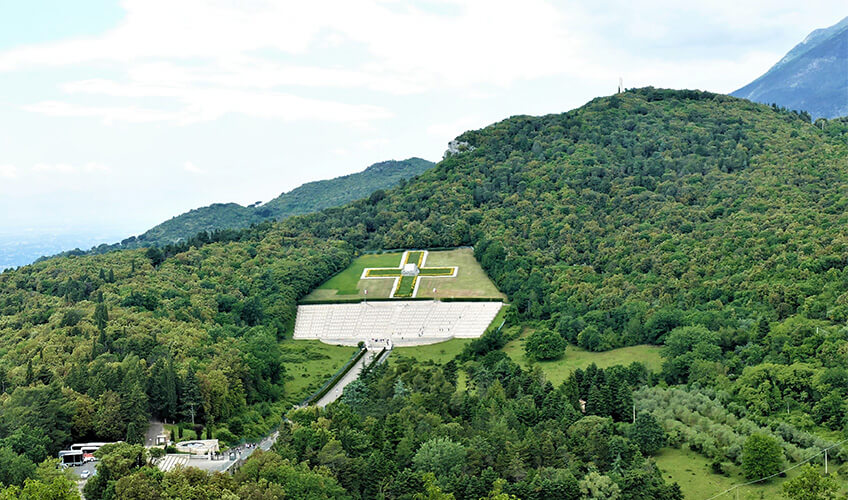 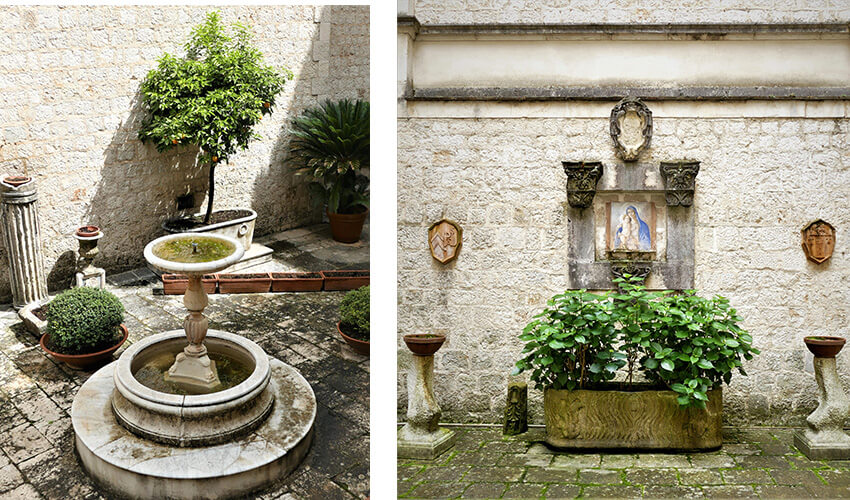 Dramatically located in the mountains of Lazio, this beautiful abbey was the first monastery of the Benedectine Order.  Established in 529 by Saint Benedict of Nursia, the patron saint of Europe, who is considered the founder of monasticism in the West. In the nearly 1,500 years since then, Montecassino Abbey has experienced more than its fair share of traumatic events.  It was bombarded, sacked and rebuilt many times during its history.

In 1944, during World War II, the abbey was the site of one of the most tragic battles of the European theatre of the war.

Tens of thousands of troops and hundreds of civilians were killed during the infamous battle when it was heavily bombarded.

After the war, Montecassino Abbey was rebuilt for the final time. It remains perched at the top of the mountain overlooking Cassino. It is a working monastery and active pilgrimage site, housing the remains of Saint Benedict and his twin sister, Saint Scholastica, which have managed to survive the events of the abbey’s long and turbulent history.